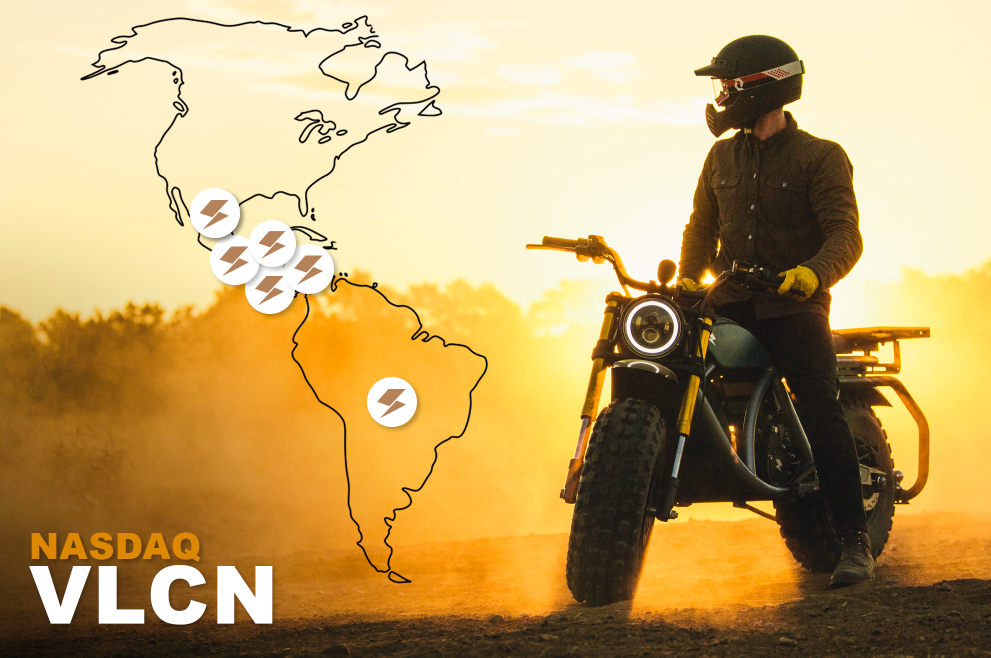 "Electrification is sweeping the globe, and the demand that we've seen from around the world has really been evident in Latin America. We continue to see a lot of enthusiasm about our product line coming from distributors, dealers, and end users alike, with distributors in Guatemala, Belize, and Panama coming into the fold." said Jordan Davis, Chief Executive Officer at Volcon. "Building our dealer and distributor network in Latin America will continue to be a focus in the coming years as well as our future international expansion plans in Canada, Europe, Africa, Southeast Asia and Australia. The launch of the Grunt has received more than 32 million media impressions from around the world, and we believe it's only the tip of the iceberg as we develop and launch new products that will help move Volcon closer to becoming a global leader in the off-road EV space."

Export sales are executed with individual importers in each country that buy vehicles by the container and then sell them to local dealers or direct to consumers. Local dealers will provide warranty and repair services for vehicles purchased in their country.

Volcon electric vehicles are the alternative to gas-powered combustion off-road vehicles and allow for environmentally friendly backcountry exploration that is unparalleled.

The Grunt, Volcon's first two-wheeled, fat tire all-electric, off-road motorcycle, is currently shipping to customers around the world. With a low seat height of 32 inches and a low-slung center of gravity, the Grunt is accessible to anyone who has ridden a bicycle, with no motorcycle experience required to enjoy. Whether used for work or play, the Volcon Grunt offers powerful torque and near-silent, electric performance fitting for the 21st Century.

The Grunt has been featured in over 1,500 earned media placements and has received more than 32 million media impressions:

Along with the Grunt, the company will continue developing the Runt, a child-friendly, smaller-sized companion to the Grunt, as well as the Stag and the Beast - their four-wheeled, side-by-side UTV models.

For more information on the Volcon Grunt: https://www.volcon.com/grunt-explore.

Volcon Inc. is the first all-electric, powersports company producing high quality off-road vehicles. Based in Round Rock, Texas, Volcon joins many major electric vehicle manufacturers near Austin, Texas, an area that is poised to become the electric vehicle capital of the world.

Volcon was founded with the mission to enhance the outdoor experience while reducing the industry's environmental footprint so that adventurers and workers alike can enjoy the outdoors and preserve it for generations to come. Volcon produces all-electric, off-road vehicles that are designed to elevate the adventure experience and help people get things done at work and on the home front.

Volcon's first product, the innovative Grunt combines a fat tire physique with high-torque electric power and a near-silent drive train which started shipping in September of 2021. Future models include the Runt, which is a youth-sized version of the groundbreaking Grunt. The Stag and Beast will be Volcon's venture into the rapidly expanding world of UTVs and coming in future years as the company continues to expand.

For more information on Volcon or to learn more about its complete motorcycle and side-by-side line including the Grunt, Runt, Stag and Beast visit: www.volcon.com.